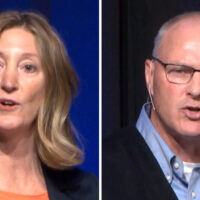 In the second debate for Minnesota’s 8th Congressional District, incumbent Republican Rep. Pete Stauber faced off against Democratic challenger Jen Schultz on Monday in front of a live audience at Madden’s on Gull Lake. The candidates discussed college student loan forgiveness, abortion rights, and what can be done to stop mass shootings.

With many topics to address, one question both Schultz and Stauber were asked was, should college be affordable and accessible for all, and does President Biden’s policy on student loan forgiveness help that?

“People who didn’t go to college should not be forced to pay student loans for those who did,” answered Stauber.

“I think we should help people who struggle,” said Schultz. “People who finish college are going to contribute a lot more to services, for individuals who help that college student. They will be paying in taxes to support Social Security and Medicare. It will benefit our entire economy.”

With Roe v. Wade being overturned, the candidates also made it clear where they stood on abortion rights.

“My opponent wants to take away our freedom to make decisions about our own bodies. I have a problem with that,” said Schultz. “We need to fix that in Congress, we need to codify Roe v. Wade and make sure we keep our rights we had for 50 years.”

“I am proud of my pro-life support but what I don’t support is Biden, Pelosi, and my opponent’s position on abortion, which is taxpayer-funded abortion, on demand, without limits up until the moment of birth,” claimed Stauber.

They also spoke on the 2nd Amendment and what solution they would provide to stop ongoing mass shootings within the United States.

“As a police officer, I’ve seen violence,” said Stauber. “What we have to do is make sure that law-abiding citizens do not get any constitutional right taken away from them without due process.”

“I support our 2nd Amendment, but I’m also hearing from a lot of our families who are worried about the safety of their children,” answered Schultz. “We are currently averaging two mass shootings per day. I have passed solutions to gun violence, I have passed legislation for background checks, for red flag laws, for safe storage. These are solutions that most Americans agree with, that most members with the NRA support.”

A final forum between the two candidates is scheduled for 4 p.m. Friday, Oct. 28. The debate will air live on Hibbing Public Access Television. 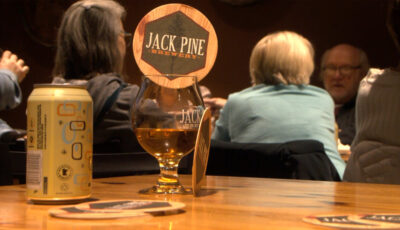