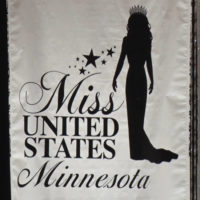 The Minnesota United States Pageant is back in Brainerd for the second straight year. Tonight, the state costume runway show kicked off the weekend’s schedule. Many Minnesota themed costumes were on display honoring some famous icons and the state’s natural beauty.

It was both a chance to meet the contestants and the beginning of the end for last year’s winners, who have had a busy twelve months volunteering and promoting their platforms.

“You don’t think about it when you’re competing, but after you get crowned, it’s like a job,” says Hannah Ausland, Miss Jr. Teen Minnesota United States 2017. “You do volunteer activities, and throughout the summer it’s almost one every day, and a lot of people don’t realize that.”

“It’s really representing a platform and being an ambassador and doing volunteer work throughout the entire state,” says Heather Johnson, Mrs. Minnesota United States 2017. “I’m a cancer survivor, and this year I put my whole heart into volunteering more than I ever have before.”

After moving the pageant from St. Paul, it has found a home in Brainerd and is being embraced by the public and local businesses.

“There is a really big pageant following here in Brainerd,” says 2017 Miss Minnesota United States winner Jamie Whitehead, who is also a Brainerd local. “Not a lot of people know about that. When we brought in the state pageant, it was a big deal for our community and they welcomed us with open arms. It’s been amazing, the support we’ve seen from local business owners and families in the community – it’s just been great.”

“It’s really cool, and when they’re holding the bouquets at the end of the night up on the stage, that just makes us feel wonderful to be able to have a beautiful bouquet in their hands,” says Kerri Martin, florist at North County Floral. 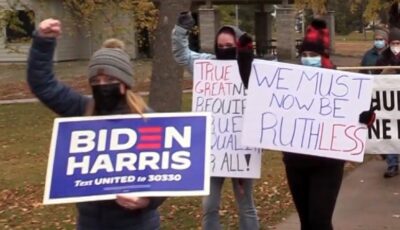