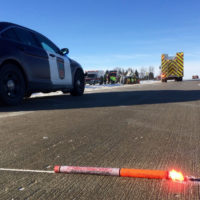 A two-vehicle accident occurred when a teen driver pulled his ATV out in front of a vehicle at the intersection of 153rd Street about six miles east of Pierz. The teen driver was transported to St. Gabriel’s Hospital with unknown injuries.

According to a report from the Morrison County Sheriff’s Office, on Wednesday, May 27th at approximately 1:48 p.m., 71-year-old Bradley Ver Bout of Green Valley, AZ was traveling west on 153rd Street. An ATV driven by a 13-year-old male from Pierz, MN was traveling east on the Soo-Line Trail. The ATV pulled out in front of Ver Bout’s vehicle and a collision occurred. The 13-year-old male was transported by Mayo Clinic Ambulance to St. Gabriel’s Hospital with unknown injuries. No one in Ver Bout’s vehicle was injured. 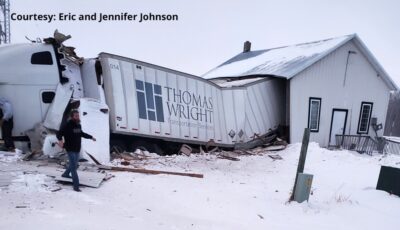