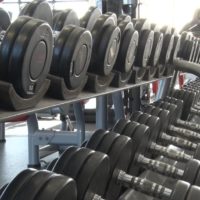 “A lot of these kids have been working hard for this event,” Scott Parsons, the Event Coordinator, said. “It’s great to see so many kids that want to raise money for local charities, as well as helping themselves, and their teams, with their strength gains.”

Students found family members and friends who would pledge money for them to lift weights, and a member of the Sertoma Club would reach out to that person to collect donations. Each year, the event raises about $15,000.

“It goes right to Sertoma, then they divvy it up,” Parsons said. “They have commitments with the soup kitchen, Kinship Partners, Camp Confidence, Crow Wing County United Way, to name a few.”

At the Sertoma Lift-a-thon, students had six attempts to complete their best bench press, squat, and clean.

“I was expecting it to be kind of hard and scary,” Ella Anderson, a Brainerd 8th grader, said. “But it was really easy at the end, and they made it a lot of fun.”

Students were competing to see who could have the Most Pounds Per Ounces, which takes your best lifts from the three events and divides the total weight lifted by your body weight to get your final score.

“It’s not just the person with the biggest bench press, or the biggest person,” Parsons said. “It’s the person that’s the most athletic and well-rounded for their size.”

And the top male and female are awarded an $800 scholarship in Steve Nunnink’s name – the man who started the strength program at Brainerd almost fifty years ago.

“I think raising the money for charity is awesome,” Simon Nelson, a Brainerd 11th grader, said. “The scholarships are there, but I just do it to lift and do my best, out-perform myself, and lift with my friends.”

“The kids that have been working hard to get ready, they’ve had tremendous gains especially in strength, and also in their confidence,” Parsons said. “So, we just want to keep it going for them.”

The Lift-a-thon was another huge success, with more students participating this year than in the past five years, and that only raises the bar for the next Lift-a-thon. 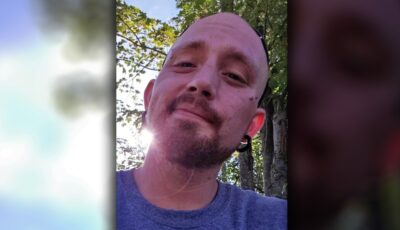