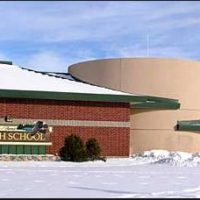 According to the criminal complaint, Investigator Robert Stein took a statement from the male child, who was 15 at the time of the sexual incidents and is now 16.

The victim stated that Cara Lynn Donnell, 29, Cass Lake, was a paraprofessional in his classes in 2014. According to the complaint, “They ‘snapchatted’ several times throughout the day, and made arrangements to have sexual intercourse in the school later that day.”

In the complaint the victim stated that during his fourth hour class he asked to use the restroom. Donnell exited the class soon afterwards to meet the victim, lead him to a woman’s bathroom in the teacher’s lounge, and had sexual intercourse with the victim.

This happened again later in the week, according to the complaint. Investigator Stein observed the lounge and bathroom and saw that they matched the description given by the victim, who had never been in that part of the school until then.

Donnell is scheduled to appear in Cass County District Court this week and is facing five accounts of criminal sexual conduct with someone at least 13 years of age but under 16 years. She is also facing a count of indecent exposure/lewdness or procure another to expose in presence of minor under 16.