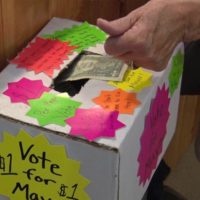 Thousands of people have flocked to the unincorporated community of 20 people to get a taste of Dorset.

While they’ve come to grab a bite at the so-called ‘Restaurant Capital of the World’, they’ve also come for the highly competitive mayoral race. This year, a horse named Sulleyman “Ed” Skadberg launched a campaign for the position. Small details like proof of residency, age or past experience are not required to run for Dorset mayor.

People can throw in a name and one dollar to increase the luck of the draw. Judy Cognetta voted for her friend, Michelle Meyer, who adores the area. She says she’d like to improve the area’s lakes.

The position carries little to no clout, but that doesn’t mean the residents won’t put their ideas up for consideration.

Bonnie Gottwald threw in her seven-year-old grandson’s name and has done so in the past. She thinks he’d do a wonderful job as the mayor.

But, this meant another seven year old was sad to be stepping down. Gwen Davis of Salt Lake City, Utah, would be handing off the title and fringe benefits like coupons to use at the local stores.

In the end, it was Menagha resident Teresa Walsh who claimed the title. New to the political scene, Walsh says her first order of business to try implementing “Margarita Mondays.” 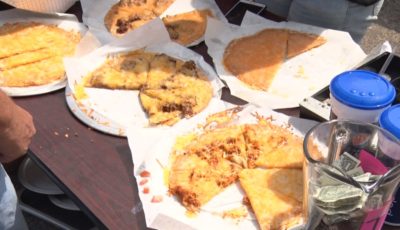 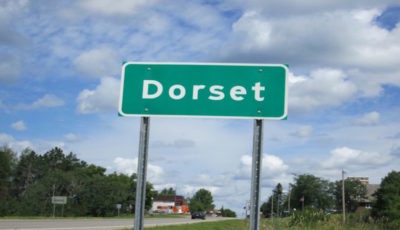 Taste Of Dorset Set For Sunday

BSU Football Not Together, But Still Making the Most of the Spring Season