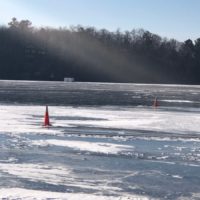 The bodies of two fishermen were recovered from Fish Trap Lake, approximately five miles north of Cushing, on Sunday night and Monday morning.

According to the Morrison County Sheriff’s Office, the bodies of 71-year-old Leonard Sanoski, of Cushing, and 68-year-old Wayne Vaverek, also of Cushing, were discovered after family reported them late returning from fishing and were unable to contact them on the evening of December 9.

The Sheriff’s Office coordinated search and rescue efforts with responding units and learned that a Polaris side-by-side ATV was missing.

Responders searched the lake and located open water west of the Big Island which is near the middle of Fish Trap Lake. There they located the body of Wayne Vaverek on the surface near the edge of the water. Lifesaving efforts were attempted but unsuccessful. Vaverek was pronounced dead at the scene.

After a thorough search, responding units were unable to locate the other fisherman and the search was called off. Search efforts resumed on the morning of December 10. Members of the Morrison County and Stearns County Dive Team located the body of Leonard Sanoski inside the enclosed cab of the Polaris side-by-side ATV in approximately 40 feet of water.

The incident took place on a pressure ridge around 200 yards long. The pressure ridge is marked with cones and the Sheriff’s Office would like to remind residents to stay away from this area. 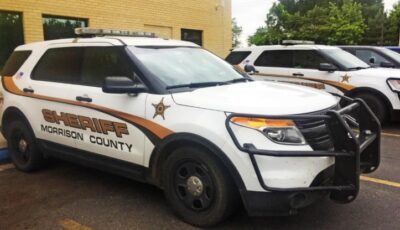