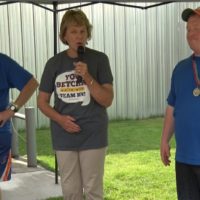 A few of Bemidji’s finest swimmers are heading to Seattle this week to compete in the Special Olympics. Parker Bruns and Shawn Keifer have been working towards this moment for two years.

Today, a send-off ceremony was held at Lucky Dogs in Bemidji to wish the men good luck. The men also led a parade across downtown. The men’s coach says the men don’t only put in work in the pool, they also spend time working out outside of the water.

Jodi Sandmeyer, the men’s swimming coach says, “It’s really intense to get going through all this because it’s not an easy event to get to. It’s a special event. You only have eight athletes in the entire state of Minnesota that get to go. They’re competing against people from every state in the nation, so what an opportunity! And they have to train really hard! And it’s an endurance thing. It’s them practicing every week.”

Keifer will swim Monday and Tuesday at the games, then Bruns will get in the water on Wednesday and Thursday. The boys say they’re excited to represent Bemidji as well as make their family, friends, and coaches proud.

Keifer says, “I just work hard and just look for tough competition down there right off the bat.”

The men leave for Minneapolis tomorrow, then they’ll fly out to Seattle Saturday morning. There will also be a welcome back ceremony held for the guys in mid-July. 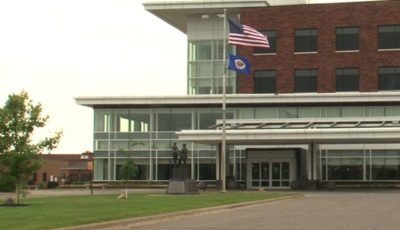