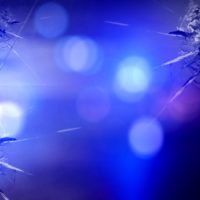 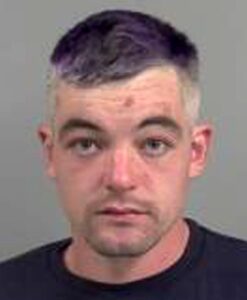 A 28-year-old Bemidji man is in custody and charged with two felonies for allegedly shooting at law enforcement officers in a standoff near Bemidji.

At 1:31 pm on Thursday, October 1st, Bemidji area 911 dispatch received a call from a person concerned their family member was acting erratically and had possession of a handgun. Shortly after the 911 call, the individual allegedly began shooting that handgun at a residence at the 17000 block of Highway 89 Northwest of Bemidji.

Officers arrived on the scene shortly thereafter. They learned the identity of the male, 28-year-old Lukas R. Dudley of Bemidji. Dudley was previously the suspect of a forced entry burglary, where it is believed he stole a firearm.

Deputies found Dudley on Highway 89 walking. He began challenging the officers, shooting at and towards the officers arriving. He pointed his weapon and fired erratically at the officers multiple times. At times, he was running towards them.

He then ran close enough to challenge one of the cars on the perimeter which was able to deploy a non-lethal taser at Dudley. The officers were then able to arrest him without incident and take him into custody. He was taken into custody by 2:04 pm. No officer discharged a firearm throughout the incident.

No officers sustained significant injuries as a result of the incident. 21 officers were involved in total.

The investigation is ongoing. He was arraigned today in Beltrami County District Court on three charges. Dudley was charged with two felonies, felony second-degree assault and felony reckless discharge of a firearm. He was charged with one gross misdemeanor, obstructing the legal process.

He is currently being held at the Beltrami County Jail. He is being held on a $75,000 bail without conditions or $50,000 with conditions.