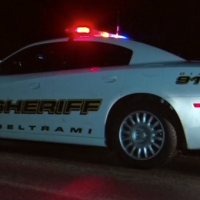 A Bemidji woman accused of using her own car to repeatedly ram another car this summer pleaded not guilty Monday to one charge of second-degree assault and one charge of third degree damage to property.

Goose’s attorney sad that the plea would give the state more time to talk with the victims and “keep things moving”.

According to the criminal complaint Goose, 22 became angry after a disagreement over a private financial transaction. Goose then proceeded to use a red Chevy Blazer to follow the other party’s Mitsubishi Eclipse.

The complaint states that the two vehicles first passed the First National Bank Bemidji before witnesses say they saw the Blazer drive into the back of the Eclipse. Then Goose allegedly used the vehicle to force the Eclipse into a ditch near Walmart.

Both cars instead ended up in the store’s parking lot.

According to the complaint the Blazer then slammed into the Eclipse in the Walmart parking lot until it proceeded to stop in front of the doors.

Then one male got out of each vehicle and began to fight. The Blazer then drove off.

According to the complaint, police later discovered that the Blazer was registered to an address in Bemidji. When an officer arrived to that address a woman who was identified as Kendra Goose approached and began shouting, “they took my money”. The complaint said that Goose admitted to hitting the other vehicle at least four times.

Goose is schedule for a pretrial hearing Jan. 3