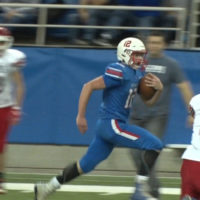 The sun is rising on a chilly November morning at Win-E-Mac High School. Everything is quiet and peaceful, and everyone is just getting their day started.

Inside, the halls are empty, but if you listen carefully, you can almost hear the roars of the Patriots recent playoff wins.

And inside the gym, the Patriots are already done for the day – they’ve got an early morning game to get ready for.

“Hopefully getting out and getting some early morning practices in helps out a little bit,” says head coach Aaron Cook.

The Patriots have made it farther than any team in school history. They’ll take on Mountain Lake Area Friday at 9:00 a.m. It isn’t the ideal time for the biggest game of your life, a game they got to after a dominating 48-6 win in the quarterfinals over Warren-Alvarado-Oslo.

“We had to try to spread them out a little bit, throw a little bit more than normal and it worked out pretty good for us and we were able to just get the W from there,” says junior quarterback Gavin Walker.

The team threw for over 150 yards in the air, with junior quarterback Gavin Walker tossing two big first-half touchdowns to open up the game.

“It helps us a lot to be dynamic, we spread it out when they load up the box and it really helps us out,” says senior running back Nathan Fortmann. “I mean we can pass, we can run, we have a dual-threat quarterback so that helps out.”

Mountain Lake Area brings a dual-threat quarterback of their own, Abraham Stoesz, who’s thrown for 10 touchdowns through the air this year, and rushed for 35 on the ground.

“We’re facing a whole new animal on Friday with the speed that we haven’t seen this year and maybe some of the physicality that he brings running the ball as well,” says Cook. “It might take us a couple of plays to adjust to the speed but I think our guys will make a good solid adjustment and hopefully we can contain him from there.”

The winner will take on Hancock, who defeated Mountain-Iron Buhl in the other semifinal matchup. 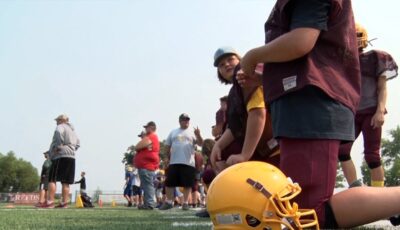 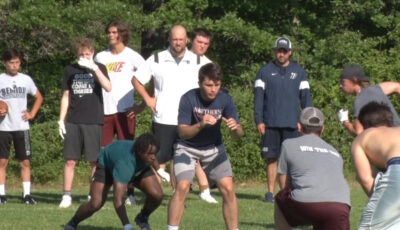 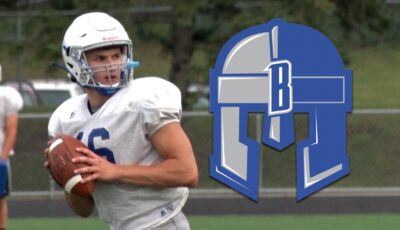 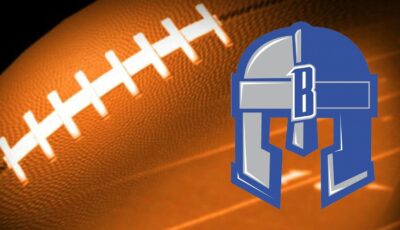