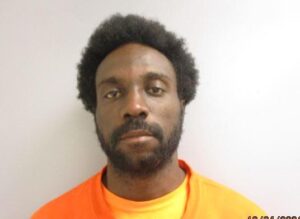 A 29-year old man was arrested early Monday evening after crashing his vehicle in Wadena Asphalt, north of Wadena.

According to the Wadena County Sheriff’s Office, the call came in at 5:53 PM of a motor vehicle crash. The caller stated the airbags in the vehicle were deployed and they were looking for a child that was involved in the crash.

According to the release, the driver of the vehicle, 29-year old James Howard of Wadena, said he put the injured child in a deer stand. Property owners searched the deer stands on the property, but no one was found. Officials used drones and K9’s to search the area.

Officials say after speaking with Howard again about the child’s location, he changed his story and talked about the child and others being at an apartment in the City of Wadena. Officers then searched all involved apartments and no one was found.

The Wadena County Sheriff’s Office says Howard appeared to be under the influence of a controlled substance and continued changing his story. The vehicle Howard was driving had been reported stolen out of Wadena about an hour prior to the call being placed.

The sheriff’s office determined that Howard was the sole occupant of the vehicle and there was no injured passengers.

Howard was transported to the Wadena County Jail and was formally charged by the county attorney.

According to the release, Howard is being held for Felony Theft of a Motor Vehicle, Gross Misdemeanor, Third Degree Criminal Damage to Property and Misdemeanor Controlled Substance DUI. 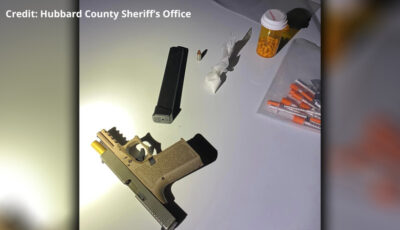