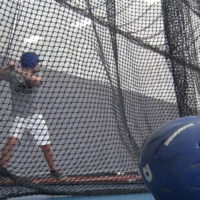 In Wadena, there are high hopes for the Wolverines baseball team this season after they made it to the sectional final for the first time this century last year. Wadena-Deer Creek is off to a 3-0 start in 2019, and they have already had a lot to cheer about.

Hungry is the perfect word to describe the Wadena-Deer Creek baseball team this year after the Wolverines finished as the Runner-ups in Section 8AA last season.

“The kids are coming back this year with the mindset of a redemption season,” Kyle Dykhoff, Wadena-Deer Creek head baseball coach, said.

The redemption season is off to a good start for the Wolverines. Wadena-Deer Creek is 3-0, and Senior Justin Dykhoff tossed a no-hitter in the first game of the season against Pillager, but Dykhoff wasn’t even aware of his great performance.

“I thought about it a couple times, but I didn’t know until the very end,” Justin Dykhoff, Wadena-Deer Creek senior pitcher, said. “Kyle came up, gave me a high-five and said no-no.”

“It was a special moment as an uncle and a coach,” Kyle Dykhoff said. “Justin had a great day on the mound and had everything working.”

“He had 16 strikeouts, I think I touched the ball twice the whole entire game,” Hamann said. “I was picking on him and I said, ‘At least let me play.’”

One pitcher can’t carry a team all the way, however, and Wadena is confident that their other arms can get the job done.

“Our pitching is there,” Kyle Dykhoff said. “We have a lot of guys that can throw, and they are just waiting for the opportunity.”

When Kyle Dykhoff took over as coach 11 years ago, he inherited a winless team, but Wadena-Deer Creek is now a force to be reckoned with on the baseball diamond.

“At the beginning of the year we write down what are goals are,” Colby Schertier, Wadena-Deer Creek senior middle infielder, said. “In past years it’s been just to win a few games, but recently it’s been to go to state.”

And if the Wolverines get to state…

“It’d mean everything,” Justin Dykhoff said. “We usually win a lot in youth baseball, but I don’t know if we ever have in varsity, and I’m hoping this year can be the year.”

Wadena-Deer Creek will put their perfect 3-0 record on the line tomorrow, April 18th, when they take on Pillager. 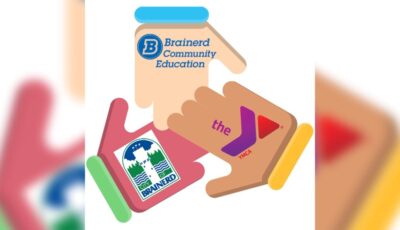 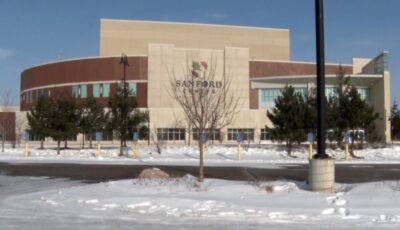