Early Monday morning on July 24, two women leaving for work were approached by three men who demanded money. One of the men had a gun, but then soon realized they had mistaken the women for someone else and fled the scene.

Jones and Gourley had previously paid for drugs but did not receive them and went out looking for the car they saw drive away. The identical dark-colored SUV was discovered in the women’s driveway as they were leaving for the early shift.

During the investigation two replica handguns, with the federal regulated orange tip removed, were discovered along with methamphetamine.

All five are currently being held at the Beltrami County Jail pending charges of aggravated robbery and others.

No one was injured during the incident in Grant Valley Township, just west of Bemidji.

One of the female victims was transported by ambulance for complications, possibly related to her pregnancy. 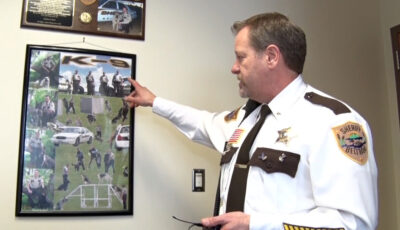