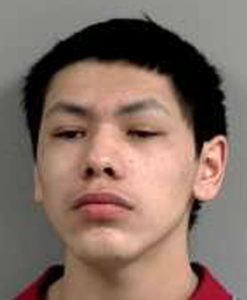 UPDATE: The Bemidji Police Department has identified two male suspects in a shooting that took place at Ridgeway Apartments, leaving a 17-year-old boy in serious condition.

Detectives were able to work with property owners, witnesses and surveillance video to identify and arrest the 17-year-old juvenile suspect. Due to the 17-year-old suspect being a juvenile, investigators are not releasing his name.

However, the second suspect, Antonio Vincente Parkhurst, 19, of Bemidji, has not been located.

According to the release, Parkhurst is to be considered dangerous and should not be approached.

If you have information about this crime you can report it and stay anonymous by contacting CrimeStoppers of Minnesota by calling the toll free phone number at 1-800-222-TIPS [8477]. Those with information could qualify for up to $1,000 reward.

A 17-year-old is in serious condition after suffering gunshot wounds in Bemidji Tuesday evening.

According to a release, on March 9 at about 9:30 PM, Bemidji police officers responded to a report of several gunshots at 2830 Ridgeway Ave NW. Officers secured the area around the building, checked both floors and found nothing. Minutes later, officers were notified by Sanford Bemidji Medical Center of a 17-year-old male suffering from a gunshot wound who had been brought to their facility by a private party.

Officers spoke with the victim but he was not able to provide a description of the suspect. Shortly after speaking with investigators, the victim was flown to a Fargo trauma center where he remains in serious condition.