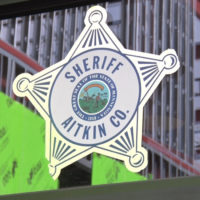 Two Candidates Looking To Become The Next Aitkin County Sheriff

With Aitkin County Sheriff Scott Turner set to retire after 13 years of service, two new candidates are vying for his position.

“I have worked in law enforcement for over 20 years,” Keith Benz, Aitkin County Sheriff Candidate, said. “Having lived in Aitkin for almost all of that, 19 years, I’m at a point now where I think I can give back to my community.”

“The sheriff is retiring and no one was really stepping up,” Dan Guida, Aitkin County Sheriff Candidate, said. “I always felt like having an impact in my community was good for my position wherever I was, and I think in the sheriff’s position I can have a greater impact in the community than I can as a sergeant.”

Keith Benz started as a patrol officer 20 years ago and worked as a deputy for McLeod County before climbing the ranks with the Minnesota State Patrol, where he now works as a lieutenant out of the Brainerd office.

“I have made all of these great contacts, and I am used to using them at the state level, and now applying them at the county level is going to be key to being a successful sheriff, in my opinion,” Benz said.

Daniel Guida has worked as a deputy for Aitkin County for 25 years while serving with the National Guard for a year, before being promoted to sergeant at Aitkin County Sheriff’s Office in 2014.

“I worked in just about every position, and we are all in utility positions, so we work in every other position,” Guida said. “We do courtroom security, all the way down to boat and water, transports – just about everything.”

So far, it has been a clean campaign with both candidates focusing on what they would do instead of what the other can’t do, but Guida wants the Sheriff’s position to be held by someone who has been a part of the Aitkin County Sheriff family.

“Someone who knows this job better to take care of this family was important to me,” Guida said. “So that part, it’s kinda like he’s trying to come in and adopt my family.”

“We have roughly 15 deputies, and I’ve known every single one of them since virtually the point they were hired after coming here in 1999,” Benz said. “It is my small town.”

Both candidates have focused on getting to know the community better as part of their campaign, and are committed to serving Aitkin County if elected.

“The thought of serving isn’t going to change no matter what position I’m in,” Guida said. “If I’m the sheriff, I might have a little more influence, but service in this community can be done at any level.”

“I will certainly take this job with the amount of responsibility…and integrity [it deserves],” Benz said. “You should be able to go up to your sheriff and talk about your concerns, about issues that you see in the county because law enforcement, we are part of the community, we are not in charge of it – we are a part of that community.”

Election Night is next Tuesday, November 6th, and the Aitkin County Sheriff’s race should be a tight one.