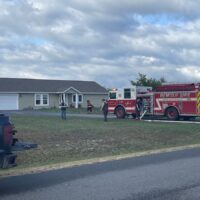 Bemidji fire officials are investigating what they are deeming a suspicious fire that significantly damaged a home just west of Bemidji on Monday. 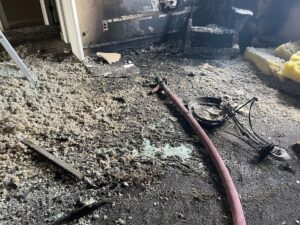 The Bemidji Fire Department responded to a fire in Eckles Township on May 9th at approximately 5 p.m..

Firefighters responded to a report of a structure fire on Tranquility Lane in Eckles Township on May 9th at about 5 PM. Upon arrival, the fire department found the single-story residence with nothing showing. Entering the home, firefighters found heat. Further investigation led to finding the fire and quickly extinguishing it.

The home and its contents sustained significant damage. No injuries are reported at this time.

According to the release, firefighters were on the scene for approximately 3 hours. 22 firefighters and eight pieces of equipment were also on the scene. The fire department was assisted by the Beltrami County Sheriff’s Office, the Bemidji Ambulance Service and the Minnesota State Fire Marshal’s Office.