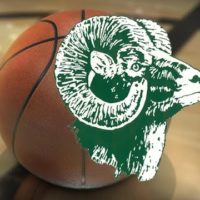 The Roseau Rams girls basketball team was unable to defend its 2017 Class AA state championship, losing to the undefeated Sauk Centre Maintstreeters 63-52 at the Target Center in Minneapolis on Saturday afternoon.

As was the theme much of the tournament, Roseau trailed at halftime, including being down by 21 points early in the second half. However, the Rams began to come back in the second half, cutting the deficit to two points before Sauk Centre pulled away.

“Obviously, this tournament we’ve played down at halftime more than you would like to in a state tournament,” Rams Head Coach Kelsey Didrickson said. “Sauk Centre is not a team you can get down that big against and credit to them. We obviously didn’t come out with the energy we needed to to be competing with them the whole game.”

Roseau had a lead very early in the game before Sauk Centre went on a 10-3 run to take the lead for good. While Roseau tried chipping away at the Mainstreeter lead in the first half, the halftime buzzer saw Sauk Centre leading by 12, by a score of 33-21.

A Mainstreeter three-pointer by Kelsey Peschel was made 11:52 mark in the second half and a media timeout was called at the 10:56 mark. That’s when Roseau made some big adjustments.

Out of the timeout, Rams freshman Katie Borowicz knocked down a three-pointer to cut the deficit to 18. That began a 24-6 run that closed the gap to three and eventually two points.

“We were upset at the deficit,” Rams junior Kacie Borowicz said about the feeling in the locker room at halftime. “But we are confident in our runs.”

The valiant comeback effort fell short for the Rams, however, as the Mainstreeters stretched out the lead and forced turnovers, pulling off the perfect season at the final buzzer.

The Rams were lead in scoring by Kacie Borowicz with 15 points, while Emma Whaling contributed 11 points and Katie Borowicz had 10 points. Kacie Borowicz also notched a double-double, bringing down 12 rebounds.

Kelsey and Tori Peschel led the scoring for Sauk Centre with 18 points, with Tori also bringing down 15 rebounds for a double-double.

This is the third straight year that Roseau and Sauk Centre has met in the state tournament.

“It’s fun to have built up that rivalry with them, so to speak,” Didrickson said. “An interesting situation where even though your not even close to distance, opponents or section opponents or conference opponents or anything like that, but your kinda so familiar with each other in that regard.”

More footage from the press conference after the game is in the video below: 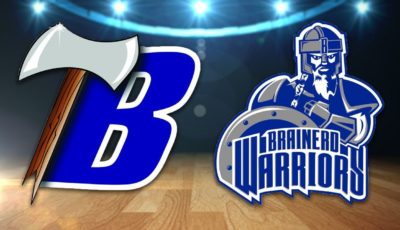 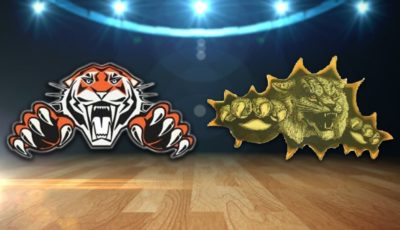 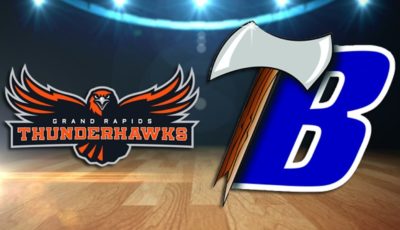 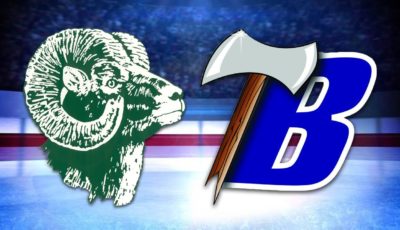 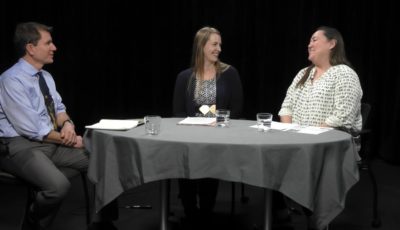