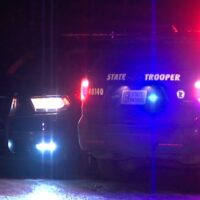 Officers Involved in Fatal Shootout Near Sebeka Will Not Face Charges

Two police officers involved in a fatal shootout near Sebeka last winter will not face charges in connection with the deaths of two brothers in the incident.

Wadena County Attorney Kyra Ladd made that announcement today after a comprehensive review of the BCA case that included more than five hours of bodycam video and nine hours of recorded interviews. Ladd says the evidence was clear that deadly force used in the line of duty was necessary to protect the peace officer and/or another from apparent death or great bodily harm.

Officer Worm and Deputy Mayer were attempting to arrest David Savala when Shannon Savala, who arrived in a different vehicle, started shooting at them, firing five shots at the men. Both officers were hit by the gunfire, as was David Savala.

According to the BCA report, David Savala then stood up and is seen clearly on video attempting to pull out a gun while turning towards the officers. Officer Worm responded by shooting David Savala twice. Worm then tried to locate Shannon Savala and 13 gunshots are exchanged.

Shannon Savala was hit six times and died later at a hospital. David Savala was shot four times, including twice by his brother, and died at the scene.

Bullets hit the bulletproof vests of Officer Worm and Deputy Mayer, and Mayer also sustained a gunshot in his upper buttock/lower back area.

According to the BCA report, the entire shooting incident from start to finish lasted 27 seconds. Both of the Savala brothers tested positive for methamphetamines and cannabinoids.