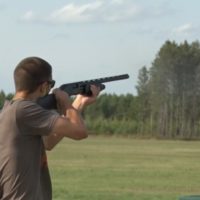 United Way of Bemidji Area is locked and loaded and ready for another successful fall fundraising campaign. Their second annual trap shooting tournament was the organization’s single largest fundraising event in 2017, and the group is excited to bring it back again this year.

The event has grown significantly over the past year by bringing in a new people to contribute to the United Way. By offering new events, the group has been drawing new interest and is having a lot of fun while doing it.

Over 125 people participated in the trap shoot. While some of the teams were businesses, others were teams of family members. With proceeds going to the annual giving campaign, the overall response has been a success, giving the United Way of Bemidji Area the ability to keep momentum going.

With sights set on hitting a large goal of $520,000, the United Way has high hopes that events like their trap shoot are right on target.