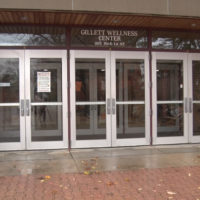 The cold temperature has students and faculty feeling a bit…

The impact of the weather can sometimes determine if someone was to work out indoors or outdoors. The Associate Director of Campus Recreation at Bemidji State University says they see an increase of people coming to the Gillett Wellness Center starting from mid-October all the way through April.

BSU student Ian Jungels says it doesn’t matter to him whether he works out inside or not, but says he prefers outdoors.

“I think I’d like to run outdoors in this weather, but as far as sporting events are concerned it kind of sucks,” Jungels said. “Running in this weather is really nice, I’d probably would be running outside if I knew the area.”

For athlete Beatrice Kjelland, as soon as it gets cold, she says they train indoors.

“It’s a downer because we like to be outside as much as we can because it’s a lot easier on our legs to run in the grass, and then when we have to come in here, it can sometimes lead to more injuries,” Kjelland said, “Like a lot of us suffer from shin splints because of the hardness of the track, so it’s nice coming here and getting out of the elements, but it also can be negative because of injuries that can occur.”

“Indoors, you don’t have any factors, outside, you have factors. It can snow, it can rain, it can be really hot, but indoors it’s consistent,” Young said.

With cool temperatures making its way to the region, you’ll find students taking advantage of the Wellness Center.

“More community usage, alumni usage, and student usage goes up. And definitely this time of year we see it impact afternoons into evenings, it’s heavily used. Often days, we can see anywhere from 300 to 600 users come through our doors each day,” said Duane Biehn, Associate Director of Campus Recreation at Bemidji State University.

The Gillett Wellness Center offers several membership options and is open to the community.

“Community memberships, alumni memberships, in addition to day passes we have for anyone. Certain requirements fall within each category, but we are open to the entire community, serving a large population of Bemidji,” Biehn said.