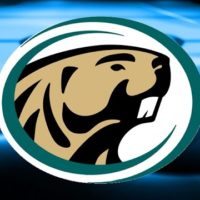 LPTV To Not Televise WCHA Playoffs

In addition, Dill met with BSU President Dr. Faith Hensrud on the topic. Last Friday, Dill met with Sanford and notified him that BSU made the decision that they did not want LPTV to televise the Men’s Beaver Hockey playoff games this year.

Dill said that their reasoning for this decision was strictly a financial one. Dill cited concerns that LPTV broadcasts would cause a substantial reduction in ticket revenue and attendance.

“While I’m disappointed, I certainly understand the concern BSU has over attendance and ticket sales,” said LPTV CEO Bill Sanford. “I sincerely hope that people will come to the playoff games and support the Beavers in their WCHA playoff run.”

Sanford has also inquired about carriage for next season’s 2017-2018 regular season games. Dill’s response was: “We need more time to evaluate the situation and make a decision.” Dill again expressed concerns about attendance and gate revenues.

“In addition to gate revenues, there are many factors for BSU to consider with the 2017-2018 decision, including the exposure BSU receives from these broadcasts,” said Sanford. “Each broadcast has a potential audience of over 5 million viewers throughout Minnesota and North Dakota.”

Dill has also commented many times that the quality of LPTV’s production of BSU Men’s Hockey is “the best in the WCHA.”