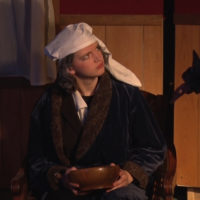 In Focus: The 5th-H in Park Rapids Takes A Humorous Spin On Dickens’ “A Christmas Carol”

With Christmas just around the corner, the 5th-H club in Park Rapids is gearing up for their Christmas show. The production, “A Dickens’ Christmas Carol: A Traveling Travesty in Two Tumultuous Acts” is a spin-off of the classic tale.

“It’s a play within a play. So we’re playing as actors that are playing, actually yeah. So, it’s supposed to be funnier, so sometimes we take like jokes that are from the original one,” said Hope Kern who plays Sir Selsdon Piddock (Scrooge).

In the production, roles are shuffled around.

“It’s based on the Dickens ‘Christmas Carol.’ It’s a really fun show. You can expect things to kind of go wrong for the characters. So, it’s very comedic and lots of visual comedy,” said Faith Hope, 5th-H Assistant Co-Leader.

This is the fifth production that the 5th-H Club has put on. The cast started preparing in mid-November and would meet four times a week for two hours.

“It’s a lot of work. So just seeing it all come together in the end. Seeing how the audience receives it and yeah, just welcoming everyone to see our hard work,” Kern said.

There’s a total of 18 kids who are part of the production – 13 actors and five working behind the scenes.

“My favorite scene is probably either the scene I portray Jacob Marley and come to warn Scrooge about all the other ghosts that are going to come visit him,” Reese Hanson, who plays Mr. Ellyot Crummels (Bob Cratchit, Ghost of Christmas Present, Marley’s Ghost, Fezziwig).

For the tech crew, there’s a lot of moving things around.

“It just transitions every scene and every act and every role. I have to make sure everybody is getting ready, and getting all their costume changes and just make everyone is ready to go on,” said tech crew member Kiergon Wilkins.

“Move off the bed and on, I also move sandbags, I throw snow and I also do a door,” said tech crew member Evelyn.

There are six show dates starting Friday at the Riverside United Methodist Church in Park Rapids. 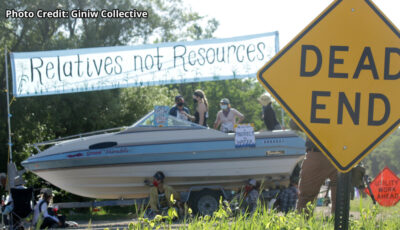 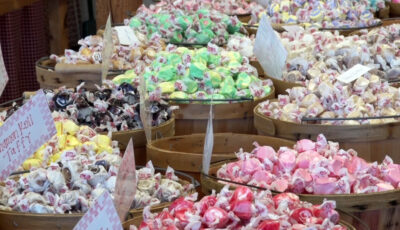