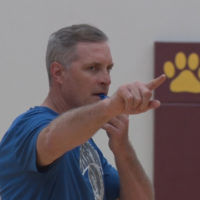 Christian Laettner has plenty of accomplishments to his name: a two-time NCAA national champion, an NBA all-star, a member of the United States men’s Olympic basketball “Dream Team”, and the list goes on. But now, Laettner is giving back to the sport he loves by running youth basketball camps around the country.

Laettner makes sure to always run camps in Minnesota, the state where he was drafted out of college, and this year he came to Pillager High School.

The focus of the camp is to teach fundamentals to youth basketball players and the many lessons that Laettner has been taught throughout his prestigious basketball career.

“I am giving back and I’m giving away some of my knowledge and things that I learned from my dad and Coach K [Mike Krzyzewski], which I think were all very good things, especially some of the things my dad taught me,” said Laettner.

Laettner said even as he got to Duke and the NBA, he still would focus on the little fundamentals of the game. “It’s always the same when I’m on the court, I’m really emphasizing and stressing the core fundamentals to the young basketball player; for instance, every pass should be with two hands and every catch they should make should be with two hands.” said Laettner.

For Laettner, running these basketball camps is a way for him to give back to basketball, a sport that has given him so much. “I get a lot of joy in them [the campers] having success with something basic that I taught them. On Monday when I show up to camps, no one is getting give-and-go’s, but on Wednesday by the end of camp all the kids will know what a give-and-go is, they’ll be able to do it, and they might be able to score some easy buckets.” 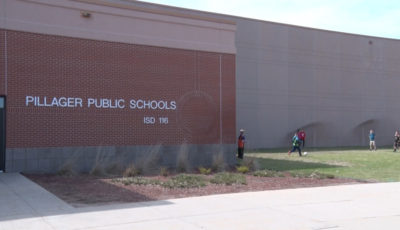 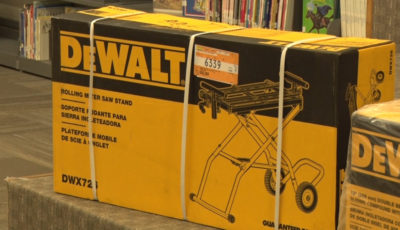 $1,000 Worth Of Tools Donated To Pillager High School