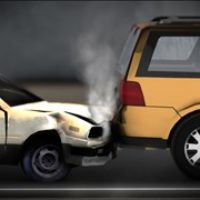 A drowsy driver may have caused a crash resulting in injuries to another driver and passenger outside Sebeka on Friday afternoon.

At 4:15 PM, the Wadena County Sheriff’s Office received a report of a motor vehicle crash at the intersection of County Road 12 and County Road 23.

According to a press release, Diane Smith, 64 of Kasson, was driving a minivan headed northbound, when she stopped at a stop sign on County Road 23.

Jamie Stone, 44 of Park Rapids, was driving in the same direction on the road when he rear-ended Smith’s vehicle, which caused it to go into the intersection. Law enforcement officials believe Stone may have fallen asleep and was unable to stop in time to avoid the collision.

Diane Smith and her passenger Evon Louks, 62 of Sebeka, were transported to Tri-County Hospital in Wadena with non-life threatening injuries.

Drugs and alcohol are not believed to be a factor in the incident at this time.