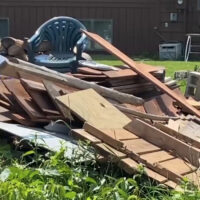 Over a month has passed since a tornado hit Deer River, and community members are continuing to recover from the damage sustained over Memorial Day weekend. But as people from Deer River learned following the storm, strong winds may knock over buildings and trees, but not community spirit.

“Every time a storm is in the forecast, you wonder what’s going to happen this time,” said Deer River resident Eileen Johnston, whose garage was destroyed during the tornado.

As unpredictable as Minnesota weather can be, nobody expects the worst-case scenario. But for the town of Deer River, their Memorial Day weekend was one to remember as businesses and buildings were hit by an EF-1 tornado, uprooting trees and downing power lines with winds of 107 miles per hour.

“Right now, [the adjuster, engineer and myself] are waiting for the information to get to my insurance company,” explained Gordon Lee Herrgard, the owner of the Post Office building in Deer River. “There’s a lot of work to be done here.”

When the tornadoes came through Deer River, both business and residential buildings were hit. While some people were able to find help in the days following the storm, some are still waiting.

“Now we’re just waiting for [the contractors] to rebuild our garage,” said resident Marvin Johnston. “We don’t even know when they’ll be able to do it, because contractors around here are so busy with all the damage that it takes time now.”

Although effects of the tornado can be felt a month out with services like the post office still shut down, the community support is what keeps people moving forward.

“In a world that you don’t think anybody cares anymore, they really do,” Carl Williams, owner of Carroll Funeral Home. “That’s…the benefit of living in a small community.”

The exact financial amount of property damage has not been determined, according to the Itasca County assessor’s office. However, they expect the destruction of the funeral home, post office, and furniture store to have some of the higher estimates. 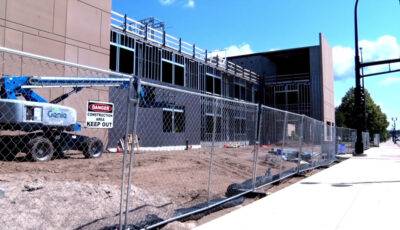 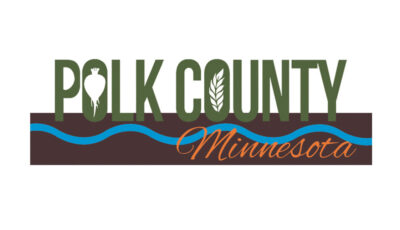 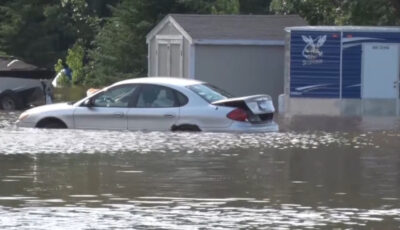 Over $2 Million Needed for Randall-Area Flood Recovery and Cleanup