Over 50 vendors from the community visited the Crow Wing County Jail Wednesday to share with inmates programs and resources in the area to help make for a smooth transition back into the community after incarceration.

According to the Urban Institute, over 9 million people pass through America’s local jails every year. In Crow Wing County, a Transition Fair is held every year to help inmates transition back into the community so that hopefully, they will not come through the jail system again.

“We have anywhere from housing to support groups to parenting information. There’s a pretty broad spectrum. They can come down and get the resources needed to help upon their release,” explained Miranda Neuwirth, Crow Wing County Jail Program Sergeant.

This is the eighth year that the Crow Wing County Jail has put on the Transition Fair, and it is modeled after similar fairs held at various prisons in Minnesota. Over 20 agencies from across north-central Minnesota were part of the fair, ranging from the Salvation Army to Bridges of Hope, Lutheran Social Services, and more.

“We have a wide variety. They come across a big spectrum, which is great to see because not everybody needs the same resources,” added Neuwirth.

“Teen Challenge, and the Hope Center, and the Nystrom Associates, all of them really,” said Ashley Garmaker, who attended the event. “They all had something good and resourceful in some way.”

Many of the vendors have been coming every year since the beginning.

“This opportunity to meet them, to smile, to talk to them and let them know that they’re welcome to come in and that we’re here to help them,” said Carol Paschelke, Brainerd Salvation Army Family Services Director.

One vendor, The Positive Attitude Development Group, came from Duluth to speak with inmates about what they can do to stay out of jail.

“I was in prison for 20 years. All the people that came to prison, most had the same values and the same premises to end up in prison. As soon as they see the chaos, then they’re ready to make a difference in their lives,” explained Lyle Wildes, who is a brain coach at Positive Attitude Development Group.

The county jail makes it a priority to put on the Transition Fair every year.

“The fact of the matter is, most of the people that come into jail, they are going to get out, and we need to better equip them with some tools so they don’t come back in,” Neuwirth said.

“It’s important so that people can find out what help is available and what is out there. People are finding out new things that they didn’t know they could do or were even possible,” said attendee Jessica Johnson.

The vendors hope that if the inmates take away anything, it’s that they are not alone in their transition.

“There are people that believe in them and believe in restoration and want to help. Our whole community is going to do better if we’re able to help support people that are struggling,” added Paschelke. “They’re not alone and we are here for them.” 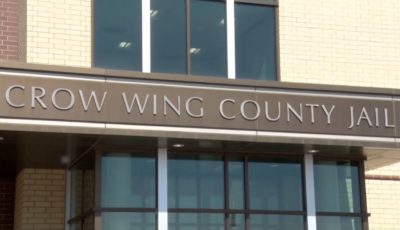