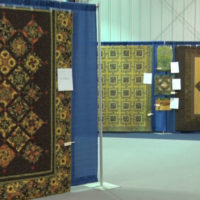 The 2017 Quilt Show by the Headwaters Quilt Guild commemorates the club’s 20th anniversary. The Evangelical Covenant Church in Bemidji transformed into a mecca of all things quilts. 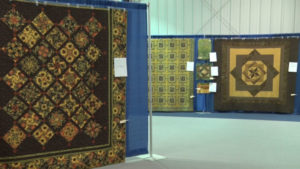 “It is a chance, first of all for women who like to sew, or want to sew or want to learn any kind of fabric art,” said Headwaters Quilters Guild Co-Chair Mary Clarke.

Time has flown by – just ask Mary Clarke, who’s been around since the beginning. She took a six-year break, but returned to the club after her retirement.

“Because I missed the chance to communicate and befriend people with similar interests and this was a good chance,” said Clarke.

Members range from those who’ve never quilted before to those with years of experience. Throughout the show there was a variety of quilting activities. You could make a block for the quilts of valor, view the demonstrations or take a tour of the quilts on display.

“All types and difficulty and colors and modern and traditional,” said Clarke.

Each quilt is one of a kind and tells its own story. Some were inspired by personal reasons or completed as a hobby. What they all have in common is the freedom of creativity.

“You know magazines and patterns, go to a lot of classes and block of the month kind of thing,” said Headwaters Quilters Guild Teresa Laughlin.

Laughlin does mostly computer work but uses quilting as a creative outlet. She says making something with her hands is fulfilling.

“I worked on the long-arm quilting, which is the process of doing, kind of the top stitching,” said Laughlin. “It puts the three layers together, there’s a back and batting and the piece top, which is what you see all the time.”

For Donna Beattie quilting has been one of her pastimes since she was a little girl. As a 20-year guild member, she says quilting means friendship.

“That’s the best thing,” said Beattie. “You just meet so many people that have the same interests and friendships just ignite with the Guild.”

Quilting is an art for the ages. Beattie was at the show with her granddaughter.

The Guild also mentors the younger generation in hopes that they’ll this long-standing tradition.

“It’s cool because you can do any design that you want, so they could do newer stuff,” said Britta Lund, Beattie’s granddaughter.

Time spent on each quilt is based on the quilter and can take months or years for the final product. 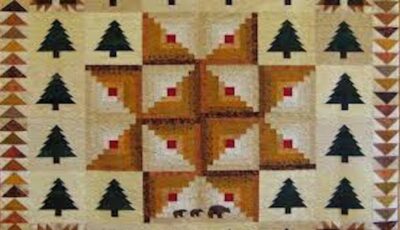 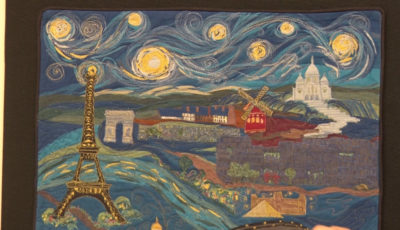 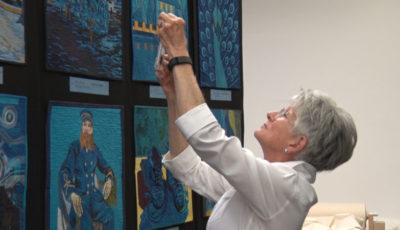 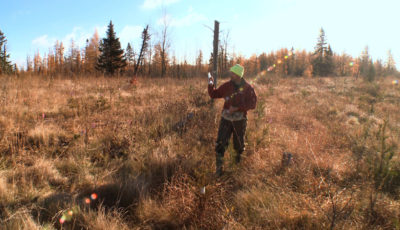