UPDATE: A Cass Lake man has been charged with second-degree intentional murder after allegedly assaulting a man with a piece of wood.

On May 21, Beltrami County deputies arrived at a house in Puposky when they saw 21-year-old Scott Schulman outside of the house holding a piece of wood. According to the criminal complaint, officers advised Schulman to put the piece of wood down, but instead he tried to run and ended up tripping on a barbed wire fence. Schulman was then handcuffed and arrested.

The deceased, Burgess Palmore of Bloomington, was found lying on the ground in the garage surrounded by a pool of blood. The medical examiner’s office says that Palmore’s cause of death was a blunt force trauma to the head.

Schulman has also been charged with fourth-degree assault on a peace officer and could serve a maximum sentence of 40 years. 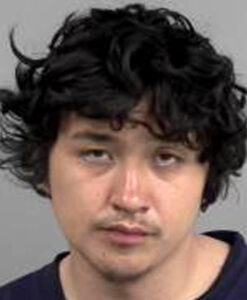 One man is dead and another man is in custody after a reported assault in Puposky.

On Friday, May 21 at about 2:00 AM, the Beltrami County Sheriff’s Office received a report of an assault at a house located on the 1000 block of Durand Drive NW in Puposky.

When officers arrived, they learned that a man had died of homicidal violence. Deputies arrested 21-year-old Scott Schulman, at the scene, who is currently being held in the Beltrami County Jail on unrelated criminal charges, pending his arraignment.

The deceased has been identified as Burgess Palmore, 53, of Bloomington.

An autopsy was completed at the Midwest Medical Examiner’s Office with the cause of death being reported as a homicide.