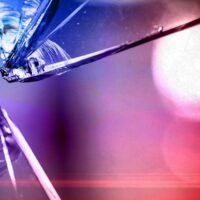 The Morrison County Sheriff’s Office is attempting to locate a Mora man regarding a burglary that happened last year.

Charges are currently pending for 24-year-old Dacotah Ahlstrom for a burglary that took place in March of 2021.

The Sheriff’s Office reported that on March 13th, 2021, they received a report of forced entry into a shed off of 225th Avenue in Belle Prairie Township. A deputy responded to the scene and discovered that the door on the shed had been pried open and the suspect made entry inside.

The owner of the shed reported that approximately $3,000 worth of items had been stolen from the inside. With the help from the Minnesota Bureau of Criminal Apprehension, The Sheriff’s Office was able to identify Ahlstrom as the suspect in the burglary from evidence that was secured at the scene.

Ahlstrom currently has two active felony warrants out for his arrest, and his current whereabouts are unknown. This case has been turned over to the Morrison County Sheriff’s Office for formal charges against him.

Sheriff Shawn Larsen is asking for the public’s assistance in locating Ahlstrom. Anyone with any information is asked to call the Morrison County Sheriff’s Office at 320-632-9233.