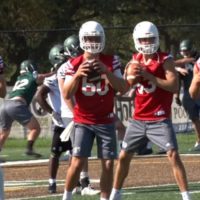 For the first time in over three years, a quarterback other than Jordan Hein will be under center for the Bemidji State Beavers this fall. They’re big shoes to fill with multiple players vying for the spot.

The two leading candidates for the job are junior Jared Henning and redshirt freshman Brandon Alt. After a strong spring season, Alt earned his way onto the first team offense to start camp.

“He made a lot of throws and that’s one thing he has is a big arm,” says Karson Pike, the Beavers co-offensive coordinator. “He was a pretty touted baseball player coming out of high school, and he was able to make a lot of the throws that we ask him too.”

Alt says he’s not focused on the competition and just looking on improving his game.

“It’s really just getting myself player and getting my team better,” says Alt. “The places will fall, whoever deserves it will be the starter.”

If the current standing holds into the regular season, the coaching staff expects both quarterbacks to see the field.

“Jared is an extremely heady kid,” says Pike. “He’s going to know our offense inside and out. He’s very physical in the run game. So certainly, if he does not win the starting job, and if Brandon is the guy, we’ll still have packages for Jared where he can get on the field and do things that best suit him and his abilities.”

Henning got the chance to learn under Hein for three seasons and saw just how he prepared off of the field.

“He watched an incredible amount of film,” says Henning. “I lived with him for three years and he was always watching film, so I think that’s the biggest thing I picked up is to always do that.”

Whoever ends up winning the starting job will be running a new uptempo offense which both quarterbacks say fit their eye.

“It is my favorite,” says Alt. “In high school, I ran the exact same offense, a no-huddle offense, fast speed – it’s just a tool to tire out the defense.”

“You kind of get to read the defense fast and keeps them in their base packages because they can’t do their tricks and stuff,” says Henning. “The faster we play, the easier it is for the cues on us.”

No matter who wins the starting job, don’t expect there to be any hard feelings.

“Brandon and I are good buddies so it’s just fun every day competing with him, hanging out, so it’s a good time, but we’ll just see how it plays out,” Henning adds. 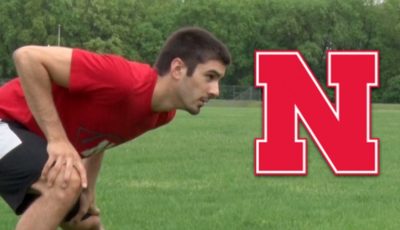 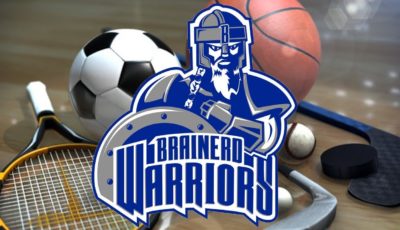 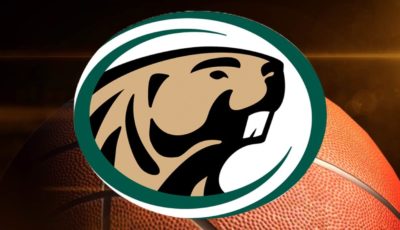 Bjorklund Transferring to Northern Michigan After 2 Years at BSU 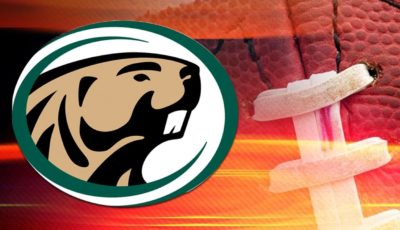