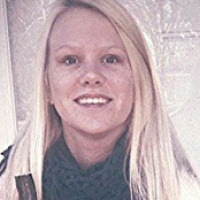 The Bemidji Police Department is trying to piece together clues of what happened to the 19-year-old Bemidji State University student who was found unconscious in the snow Sunday morning. They say Hannah Rolschau, of Zimmerman, Minnesota, was lying outdoors for a considerable time Sunday morning before being transported to Sanford Medical Center Fargo.

Police said they responded to a call of an unresponsive female at 9:30 a.m. Sunday on the 1600 block of Calihan Avenue. When officers arrived on the scene, they found Rolschau lying in the snow outside a residence.. Police said Rolschau was unresponsive, but breathing.  Chief Mike Mastin says there were indications that she had been lying outside for a substantial period of time.

The Bemidji Fire Department and Beltrami County Sheriff’s Office also were on scene and assisted with care until Rolschau was transported to Sanford Bemidji Medical Center. She later was transported to Sanford Medical Center in Fargo. On Monday afternoon an employee at Sanford Medical Center Fargo confirmed Rolschau was a patient. Her condition at this time is unknown.  The case remains under investigation, and Bemidji Police detectives are collecting information to develop a timeline of events.

In December, another BSU student was found outside. 20-year-old Sandra Lommen died of hypothermia after falling in a creek while walking home from a house party.