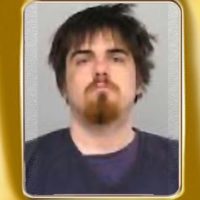 Brainerd – Tyler Allan Cronquist pleaded guilty to the Jan 4, 2015 double shooting at an apartment on Juniper Street in Brainerd.

According to the Brainerd Dispatch, “Cronquist shot and killed Joseph Kroll and shot and injured Chelsey Crawford, both of Brainerd, at Crawford’s apartment on the 800 block of Juniper Street in Brainerd. The victims were airlifted to North Memorial Medical Center in Robbinsdale, where Kroll died as a result of the gunshot wound. Crawford survived.”

Again according to the Brainerd Dispatch, “Cronquist was the second suspect to go to court for the shootings. Nathan David Becker, 26, Brainerd, who also was charged in the case but was found not guilty in May by a Crow Wing County jury. He was charged with aiding and abetting Cronquist with the shootings.”

There will not be a jury trial for Tyler Allan Cronquist.