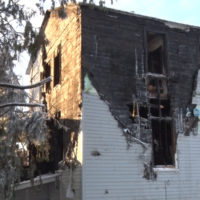 A fire burned an apartment building in Crosby Friday afternoon and left at least eight people displaced a week before the Thanksgiving holiday.

Kimberly Ponthieux was sitting in her apartment Friday afternoon when all of a sudden she saw smoke pour through the vents in her room.

“I ran in the hallway and there was just black smoke all through my hallway and I started freaking out, ‘where is it coming from?’” said Kimberly Ponthieux, who lived on the second floor of the apartment.

The fire started in the first floor of the fourplex apartment building in downtown Crosby and spread fast. “It started quick, really quick,” said Kenneth Ponthieux, who had just returned from the store when the fire broke out.

Around 50 firefighters from the Crosby, Brainerd, and Deerwood Fire Departments battled the blaze that took hours to contain. Everyone was able to make it out unharmed, including Ponthieux’s blind mother.

“It was scary because I was asleep and my daughter came down hollering, ‘get up, there’s a fire,’” said Brenda Ponthieux, Kimberly’s mother who lived on the first floor.

“I got my mom out of the door and I just pushed her all the way around the building,” added Kimberly Ponthieux.

Although everyone made it out safe, the family lost all their possessions in the blaze.

“We lost everything. I lost clothes. I lost my billfold. I lost money,” explained Kenneth Ponthieux.

The Ponthieux family is currently staying in a hotel and credit the community for helping them in their time of need.

“I’ve got at least 50 people asking me can we help, how can we help and it’s been amazing,” added Kimberly Ponthieux.

“Thank God for friends and people that we don’t even know are helping us,” said Brenda Ponthieux.

Though nothing was able to be saved in the fire, the family is just thankful that no one was hurt.

“We made it out okay and you know, what we lost was just material things,” added Brenda Ponthieux.

“We’re just excited for the next step in our life. Sorry it had to happen this way, to lose all of our stuff, but like I told my kids, all that is replaceable,” said Kimberly Ponthieux. “As long as we have each other, we can get through anything.”

The cause of the fire is currently under investigation. 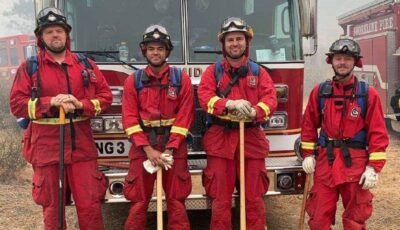 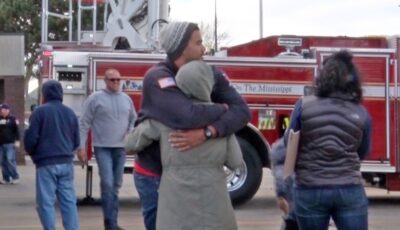 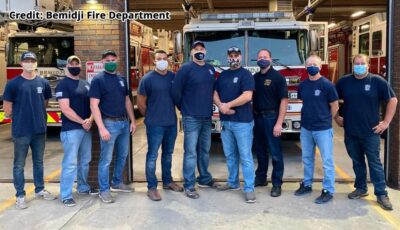 Bemidji, Brainerd Firefighters Among Those in MN to Combat Oregon Wildfires