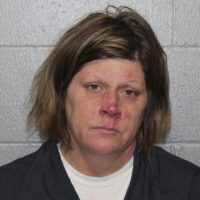 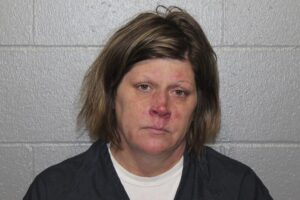 RED WING, Minn. (AP) — Unconditional bail was set at $1.5 million Tuesday for the Minnesota woman charged with leaving her newborn son to die beside a lake nearly 20 years ago and who authorities say abandoned another infant in the Mississippi River years earlier.

Jennifer Matter, 50, appeared in court in Goodhue County via video on two counts of second-degree murder in the 2003 death of the boy whose body was found in Frontenac on the shore of Lake Pepin, a body of water on the Mississippi River.

According to authorities, DNA evidence proves that along with the death of the newborn boy, Matter is responsible for the death of an infant girl left in the Mississippi River in 1999. Charges have not been filed in that case, which is still under review.

Judge Douglas Bayley set the $1.5 million bail without conditions and $750,000 with conditions that include no alcohol or drugs, random chemical testing, no possession of firearms or ammunition, and complying with ongoing mental health treatment, among others.

Bayley denied Matter’s request for a public defender due to her incomplete application. Matter said she would be hiring a private attorney in the coming days.

When Bayley asked Matter if she had anything to say, she sobbed and tried to explain that she was not the person she once was and needed her family for support.

“I need forgiveness for something I did in the past,” she told the judge.

Investigators, who arrested Matter Monday at her home near Red Wing, said DNA samples tied both infants to Matter by a genealogy search that led to potential relatives in Goodhue County.

Authorities said a third baby found in the waters of the Mississippi River in 2007 is not Matter’s child.