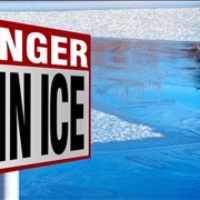 Woman Identified After ATV Goes Through Ice On Grace Lake

After an ATV went through the ice on Grace Lake early Saturday, the Hubbard County Sheriffs office has identified the victim.

According to the Hubbard County Sheriffs Office, At approximately 11:54 PM Friday night authorities received a 911 call regarding two individuals that broke through the ice, while operating a UTV, on Grace Lake in northeast Hubbard County.

The two individuals were later identified, Ethan Oftedahl, 27, of rural Bemidji and, Lauren Lund, 23, of Bemidji. After the UTV broke through the ice, Oftedahl was able to exit the water and called 911 from a nearby residence. Rescue personnel used a hovercraft to locate and extract Lund from the water. Lund was transported by ambulance to Sanford Hospital in Bemidji. After unsuccessful life saving measures, Lund was pronounced dead at Sanford Health.

Oftedahl was also transported by ambulance to Sanford Health in Bemidji, where he was treated for hypothermic conditions.