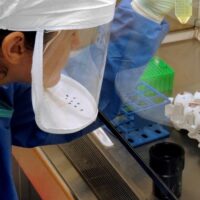 ST. PAUL, Minn. (AP) — Minnesota’s poultry producers are monitoring cases of bird flu found in wild birds in other parts of the United States and Canada.

A state veterinarian says it’s an early warning for producers in Minnesota ahead of the spring waterfowl migration.

“With the number of detections that they’re picking up in essentially healthy wild birds, we know that it’s circulating and that it’s going to be present in those populations,” said Minnesota Board of Animal Health senior veterinarian Shauna Voss. “I think it’s not a matter of if it comes to Minnesota — it’s when.”

According to the state Agriculture Department, Minnesota has about 550 commercial turkey operations and more than 3,000 poultry farms.

In a 2015 outbreak of avian influenza, 110 Minnesota farms were affected. About 9 million birds in Minnesota and 50 million across the country where killed by the virus, or euthanized in an effort to slow the spread of the disease, Minnesota Public Radio News reported.

When a virus like bird flu arrives in Minnesota, it’s most likely to show up first in what the industry considers a high-risk area, Stearns, Kandiyohi and Meeker counties. That’s where a large number of turkeys are produced in close proximity to lakes and wetlands that attract wild waterfowl.

“Producers in the high-risk area are scared,” said Jill Nezworski, a poultry veterinarian in Buffalo Lake and a Minnesota Turkey Growers Association board member.

“In 2015, that (outbreak) caused so much of a financial hardship that they were left nearly bankrupt. You know, these folks clawed their way out of that financial pit, and they certainly don’t want to go back there,” she said.