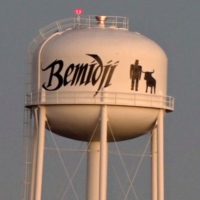 Bemidji, the First City on the Mississippi, is home to the fourth-highest growth in population in Greater Minnesota. New numbers recently released by the U.S. Census Bureau show that altogether, the Greater Bemidji region grew by 3,700 people since 2010.

The population growth is an indicator of financial strength. For the first time, economic activity within the city of Bemidji just surpassed $1 billion.

While Bemidji continues to boom for business, one area of need has always been housing. However, the city has been able to keep up with the demand. Another sign of a healthy community is the boom in new housing construction. But even with all the new homes being built, there will always be a need.

But while these numbers mean some growing pains for the area, overall, it’s still good news.

Bemidji is expected to see its population growing through the year 2020 because of new businesses in the area and improvements to the quality of life.