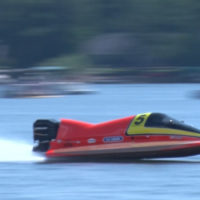 “Your hearts racing, your praying it starts right away and you get off the beach fast,” said Stephanie Hansen, a power boat racer.

It’s that kind of adrenaline rush that keeps drivers and race fans coming back to the annual Crosby Power Boat Races.

“It’s fast boats, it’s one of those things you don’t get to see every day,” Dean Hansen, the race organizer, said. “Some of these boats will be going over 130 miles per hour, they turn on a dime, they accelerate really fast, it’s really a thrill to watch.”

The Races are run by the Twin City Power Boat Association a group that has been together for more than half a century, and Crosby has been their favorite spot to race over the last 32 years.

“We’ve raced in over 100 cities in Minnesota, and this is the best,” Jerry Johnson, the Founder of the Twin City Power Boat Association, said. “The spectators can see good, we’re not fighting with other boats it’s just great.”

Even for drivers that race every weekend, they still get that same feeling they had the first time they got behind the wheel of one of these power boats.

“Every time we go out, when you’re sitting at the start dock ready to fire the engine, everything else goes away other than that moment,” Merv Bjork, Crosby Race Director, said. “You always have butterflies, if you don’t there might be something wrong.”

And power boat racing is something that has become a family event in most cases.

“It’s a really family oriented sport,” Dean Hansen said. “Families get involved, dad starts then the kids start, and sometimes it’s the other way around, sometimes the kids start then dad got into it.”

“So, you have to be twelve years old to race, so as soon as I hit twelve I was in a boat. It’s kind of just the natural thing to do in our family,” Stephanie Hansen said.

Meetings are held before race day, with safety being at the utmost importance.

“The most important thing about it all is that the fans are safe,” Bjork said. “We start from there and then it runs through the pits of course with our own rules in there.”

Racers are not only racing for fun, but they can also score points within the club and within the American Powerboat Association with a chance to go to nationals, but at the end of the day they just want the fans to leave with a smile on their face.

“That’s the reason why we do it, to put on the best show we can for them,” Bjork said.

The next time the Twin City Power Boat Association is on the water will be August 11th and 12th at Detroit Lakes. 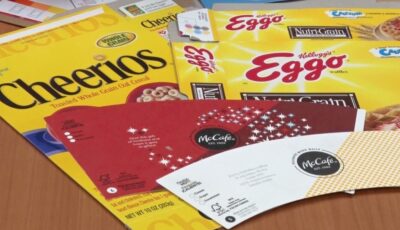 In Business: Graphic Packaging in Crosby Working to Increase Production 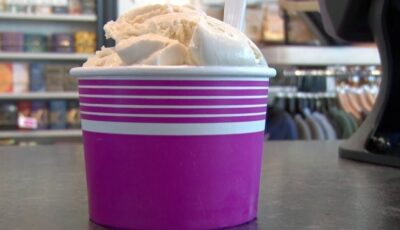 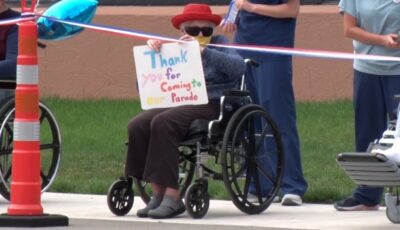