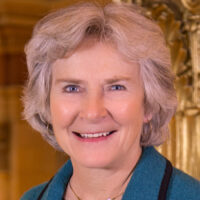 MINNEAPOLIS (AP) — Minnesota Department of Health Commissioner Jan Malcolm, who faced the difficult task of managing the COVID-19 pandemic, will not seek reappointment to the post, the governor’s office said Wednesday.

“Working with Gov. Walz and his team to help Minnesota navigate the COVID-19 pandemic was the most challenging and meaningful work I’ve done in my career,” said Malcolm, who has led the health department under three different Minnesota governors.

Malcolm was first appointed as the state’s health commissioner from 1999 by former Gov. Jesse Ventura. Then in 2018, former Gov. Mark Dayton called on Malcolm to fill a vacancy by Ed Ehlinger resignation over criticism of a backlog of elder abuse complaints. Malcolm stayed on when Walz took over in 2019.

Despite Republican criticism about the Walz administration’s handling of the coronavirus, the governor said Malcolm helped Minnesota lead the nation with COVID vaccine and testing policies. Malcolm also led an effort to modernize and expand the system for overseeing long-term care facilities, Walz said.

“I think that she will go down as one of the greatest commissioners of health in the state’s history,” said Michael Osterholm, director of the Center for Infectious Disease Research and Policy at the University of Minnesota.

Walz said he’s grateful to cabinet members for their years of service to the state.