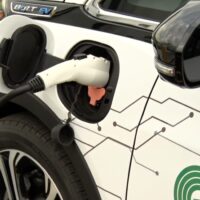 The “clean car” rules published in the State Register take effect in 2024 with the 2025 model year. They’ll require manufacturers and dealers to supply more electric vehicles for the Minnesota marketplace.

The Walz administration said the rules will lead to cleaner air and help combat climate change by increasing the choices Minnesotans have for purchasing electric cars. It said the changes will protect public health and save Minnesotans money at the pump.

But Scott Lambert, president of the Minnesota Automobile Dealers Association, said the rules put California in charge of writing Minnesota’s regulations because the state is essentially adopting California’s standards, and can’t modify them under federal law.

He said the changes will swamp Minnesota dealers with more electric vehicles than customers want to buy, and force up car prices for everyone.

Walz has paid a political price for proceeding with the rules. Laura Bishop resigned as commissioner of the Minnesota Pollution Control Agency earlier this month when it became apparent that the Republican-controlled Minnesota Senate would vote to reject her confirmation in a dispute over how her agency was adopting the rules.