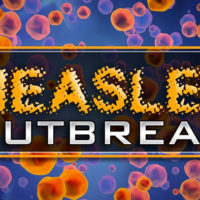 Measles Outbreak Declared Over In Minnesota

The measles outbreak, which sickened over 70 children throughout Minnesota, including four in Crow Wing County, has been declared over by Minnesota health officials.

According to officials, the outbreak can be declared dead when there haven’t been any new cases in 42 days.

The measles outbreak began in April and primarily affected Somali-American community in Minneapolis, however spread to other counties throughout the state, including Ramsey County, Le Sueur County, and Crow Wing County.

Measles symptoms include a body-wide rash, runny nose, cough, and other flu-like symptoms. If not treated properly, the virus could be deadly.

Health officials attempted to combat the spread of the outbreak by promoting vaccinations.