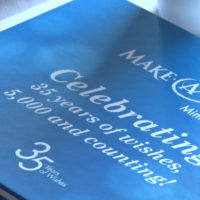 A kick-off was held at the Bemidji Town & Country Club’s North Shore Grille on Sunday to bring awareness to the Make-A-Wish Foundation and to announce that there’s now a regional fundraising group for the nonprofit organization in the Northern region.

“I felt a void in the community and I started working on this last December,” Make-A-Wish Northern Minnesota Chairperson Rob Harmon said.

There’s now two regional fundraising groups for the Make-A-Wish foundation in the state of Minnesota, with one in Duluth and another in Bemidji. The main office in St. Paul. Harmon says he hopes that it will put smiles on kids’ faces.

“A lot of kids dealing with things and it’s not only a child’s issue but it’s the siblings involved, it’s the parents involved. And we try and grant wishes to those that are going through difficult times and just giving them a little bit of hope,” Harmon said.

Make-A-Wish was founded in the early ’80s, and it has been in Minnesota for 35 years ago.

“Make-A-Wish has always catered to the entire state,” Harmon said. “We kind of have an inroad now.”

Harmon said all funds will go to Make-A-Wish Minnesota and that everything is funneled through to a specific location.

“And then the powers to be at that point will decide who needs what, why and when,” Harmon said.

One volunteer with Make-A-Wish says they want the community to know that they’re going to help children in Northern Minnesota.

“Bringing a smile to a face to somebody that is struggling and taking them out of that moment of being sad and down and putting them to a happy moment in time with family and friends,” volunteer Chris Lucas said.

The Make-A-Wish Foundation in Minnesota has granted over 3,000 wishes to kids. Harmon has been active with the organization since the ’80s, and he says the purpose of having Make-A-Wish in Bemidji is to be a safety net for children in the community who are having health issues.

“We care about the kids, they’re the future of this community and we’re going to make sure we take care of them,” Harmon said.

You can send in donations and wish nominations to Make-A-Wish in Bemidji by mailing:
Make-A-Wish
PO BOX 75
Bemidji, MN 56619 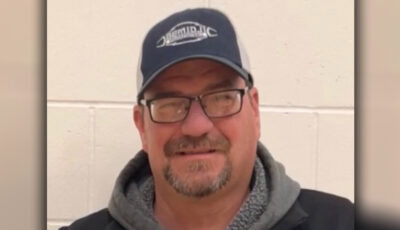 Search for Suspect in Attempted Abduction at Bemidji’s Cameron Park