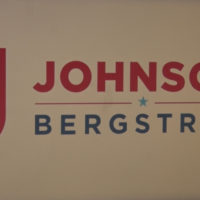 Donna Bergstrom, who is running alongside Jeff Johnson for the position of Lieutenant Governor, visited Brainerd today in preparation for the Minnesota primary tomorrow.

Jeff Johnson is the Republican-endorsed gubernatorial candidate who is running against Tim Pawlenty for the Republican ticket in the Minnesota governor’s race. Bergstrom joined Johnson’s campaign this year, and as a retired Lieutenant Colonel of the United States Marine Corps Reserve, she brings a vast military background to the campaign.

“Jeff is really a person of principle and character, and that was one of the reasons that I said yes when he asked me to run is because those are two rare qualities in politics today, and they really shouldn’t be and don’t have to be,” said Donna Bergstrom, candidate for Lieutenant Governor. “So, I know that when Jeff is governor he will lead with honor and he will do the right thing even if it’s difficult and even when no one is looking.”

Johnson has previously served in the Minnesota House of Representatives, where he was elected Assistant Majority Leader. Johnson is currently serving his final term as Hennepin County Commissioner and hopes to further conservative and grassroots principles as governor.

“He’s the true conservative. He has the backing and the endorsement of the Republican Party. He has the grassroots support and he is the man that has gone out and really since the beginning of this campaign, led this laser-focused vision of bringing to Minnesota change in their politics,” Bergstrom added. “Just overthrowing the status quo.”

The primary election will be held tomorrow with most polls opening at 7 a.m. and all closing at 8 p.m. 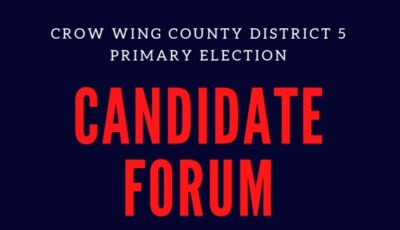 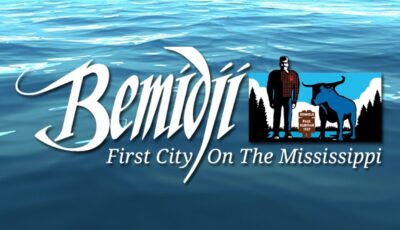