An inmate who escaped police custody on Friday has been apprehended and is sitting in the Beltrami County Jail. 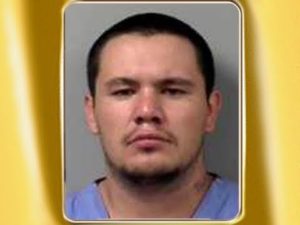 According to the Beltrami County Sheriff Department, Keanu Joseph Major, 22, was transported overnight from St. Cloud on Tuesday evening at approximately 8:00 p.m.

On Friday, July 28, Major was involved in two separate altercations while in custody. As a result of his injuries jail medical staff determined that Major needed to receive medical attention at Sanford Bemidji Emergency Department.

While at Sanford, Major escaped from the custody of the correction’s officer while using the bathroom facilities. After a search of the area Major was not located.

At 7 a.m. Bemidji Police responded to North Country Insulation in Bardwell on a report of a stolen vehicle. By 11 a.m. Major was reportedly seen exiting a vehicle in the Lake George area.

On Aug. 1, the Beltrami County Sheriff’s Department investigators along with officials from the Minnesota Department of Criminal Apprehension were in St. Cloud after receiving leads on Major’s whereabouts.

Major was located at an apartment complex in the 3700 block of west St. Germaine. Authorities called for him and he surrendered without incident.

Sheriff Phil Hodapp says he immediately spoke with the director of security from Sanford Bemidji and the department is reassessing its policy and procedures to prevent another incident like this from happening again.

“We are going to change how we escort prisoners to the restroom and which restrooms we allow them to use,” said Hodapp.

Hodapp did not say if the corrections officer handling Major would face any disciplinary actions.

Major appeared in court today and is being held without bail pending formal criminal charges related to his escape. His next court appearance is scheduled for Monday, Aug. 7.