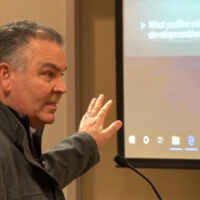 With the initiatives of encouraging growth and promoting support for business, the next step in their plan focused on moving forward.

“Child care, housing, crime, things like that, typically are community development items. The fact is, the line between economic and community development is very fuzzy right now, because all those things I just mentioned have a major impact on our economy,” stated Hengel. “There’s clearly a sense of uncertainty still in the economy coming out of the pandemic, and uncertainty and economic growth typically don’t go well together. Who knows what it will look like in a year?”

Both groups giving updates talked about the highs and lows of their respective projects. The jail, however, received more concern with the numbers that were presented.

“We’re running at 45% staffing. We are currently are running at 27 staff corrections officers in the jail. We’ve just hired 2 more that started, I think, last week we got them,” said Jarrett Walton, Beltrami County Chief Deputy. “Our staffing levels kind of dictate how many inmates we can effectively supervise. We have to try and find that magic number where we’re able to run safely, but we’re also trying to minimize costs of housing people out of county.”

The jail project is projected to be over budget by the end of the year.

The board did question how those working on it can bring the number back down relative to what was reported in 2018. As of now, the main problem is lack of beds. No other plans were given.

The next scheduled meeting for the board is on May 3. The minutes and agendas of each Beltrami County board meeting can be found on the county website. 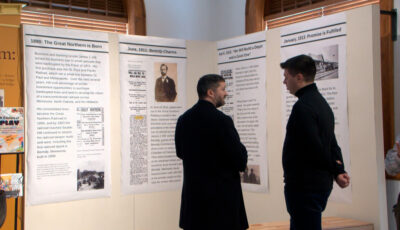