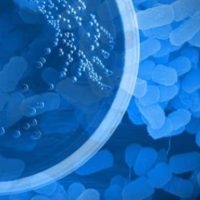 Residents living on the Kabekona River can safely enter the water again after they were advised last month to avoid the area due to high levels of E. Coli bacteria.

The Hubbard County Soil and Water Conservation District says that they were alerted to the unsafe levels when the Minnesota Pollution Control Agency started a study in the area over a year ago. The department was sampling one site when they noticed elevated bacteria levels.

Since then, the HCSWCD has expanded the sampling to include two other sites. The research areas are located on Highway 93 near a water treatment plant, on Highway 200 on the west side of Laporte, and at County Highway 36 and Highway 200.

In 2016, the Hubbard County agency created an objective for its local water plan to determine the source. While a representative for the agency said that they initially had an idea of the source, a spike in levels at all three sites brought them back to the drawing board.

When a number of bacteria rose to an unsafe level for recreation, the department met with residents to advise them about the situation. Once the levels decreased to a safer amount, they were notified that they could swim in the water again.

While the tests show the water is at a higher level, it would be safe to swim in but not necessarily safe to ingest. Area anglers should be careful when handling the fish as they may have some bacteria on them, however, cooked fish should be fine to eat, according to the department.

The department did not post any notices in the area because there is no public swimming beach in the areas with elevated levels.

HCSWCD has sent the samples to an independent lab for analysis. The department will finish collecting the samples next July.