Last Saturday, members of the Red Lake Drug Task Force executed a search warrant for illegal drugs at the elderly apartments in Redby, where they located heroin, marijuana, various drug paraphernalia items, including syringes, foil, glass pipes, etc. Officers seized cash and confiscated a vehicle and discovered one child during the operation and made three arrests.

Over 21 grams of heroin was located at the apartment with some of the heroin testing positive in the field for fentanyl. Heroin and pure fentanyl can look identical and be packaged in the same manner and users typically don’t know when their heroin is laced with fentanyl, so when they use their usual quantity of heroin, they could be using a deadly dose of the substance.

Red Lake Law Enforcement encourages anyone that may have an anonymous tip to call Red Lake Police at (218) 679-3313. 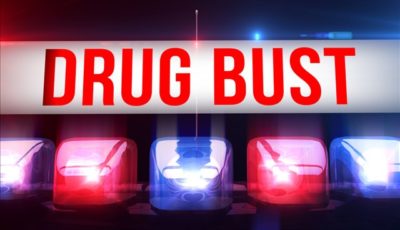