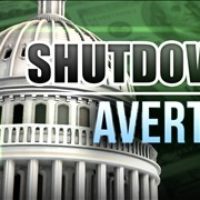 The United States Government avoided a shutdown late Sunday night after Congress reached a deal worth nearly $1 trillion to fund the government through the end of the year.

Congress has yet to officially pass the bipartisan legislation, which will be the first major bill that will pass Congress since President Donald Trump took over in January.

Included in the bill are increases in medical research funding, as well as education and infrastructure.

If the bill is not passed and enacted by Friday at midnight, the government will have to lay off thousands of workers, and many workers will have to work without pay until a spending bill is passed.

The government avoided a shutdown last week as well after Congress passed a temporary resolution to fund the government through this week.