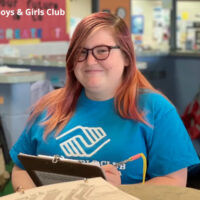 In April, Bemidji High School junior Eclipse Holleman was named as the 2022 Youth of the Year by the Boys & Girls Club of the Bemidji Area. Holleman was recognized for her outstanding speech, essays, and leadership during last month’s competition. 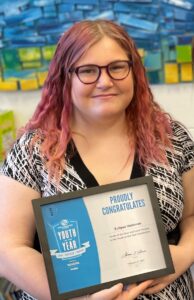 Boys & Girls Clubs of America have been recognizing students for 10 years to highlight their outstanding leadership and dedication. Many of these students do not expect to receive the title as Youth of the Year, and for Holleman, it was more than just an award.

Four area candidates applied this year, all of who had gone through an extensive application process: writing three essays, receiving two letters of recommendation from both a club member and a local community member,  writing a cover letter, and writing a speech.

Holleman’s mentor, Morgan Morgenstern, says that through this process, Holleman has become more social, confident, and has really grown during her time at the club. This growth was displayed during Holleman’s outstanding performance last month during the Boys & Girls Club state competition at the Capitol in St. Paul.

The Bemidji Boys & Girls Club feels honored to have Holleman as their Youth of the Year. The judges at this year’s state competition said that they’re excited for Holleman to compete again next year. 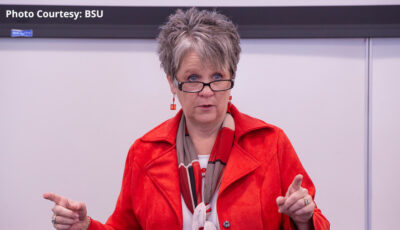